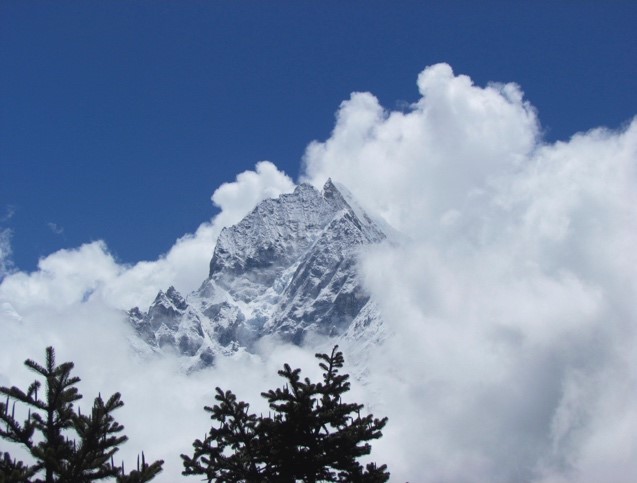 On May 20, Ambassador (ret.) Scott DeLisi joined colleagues from the Association of Nepalese in Midwest America in Chicago.  It was a chance to share in a special day with people who care about Nepal and it was chance to tell a bit of Nepal’s encourage people to see Nepal for themselves knowing, that if they do, Nepal will have yet another friend for life!

Here’s what he had to say:

I am thrilled to be with you today and I want to thank the Association of Nepalese in Midwest America for inviting me to say a few words today at this event to celebrate Nepal as part of Asian American and Pacific Islander Heritage Month here in Chicago.

The fact that I came from Washington, DC to be with you today may give you an inkling of how much I care about Nepal.  Nepal does that to you.   It draws you in. It touches your heart. It transforms you.

Of course, I remember the first time I traveled to Nepal in 1982.  I told my family members I was going to Nepal….somehow they all started to think about pasta and Mediterranean sunshine and I had to tell them…NO…that’s Naples!

Nepal is the tiny nation, no bigger than the state of Tennessee, that sits at the top of the world. Until a few years ago it was the only Hindu Kingdom on the planet…and, although it is no longer a kingdom and is struggling to define its new political order, it remains a remarkable place…an almost mystical place. It is the Shangrila of legend. The country of the Yeti and the Yak…the country of towering peaks, of revered lamas, of Hindu gods and goddesses and of some of the most amazing people on this planet..

Imagine this tiny country sitting in the shadow of the Himalayas. A country that was closed to the world until recently. A country in which there are still people who know little of cars and airplanes…but a country which in the past 50 years has opened itself to the world beyond so that it can now offer a fascinating mix of the ancient and the modern. It is a country where you can  tweet from Everest one day and be mesmerized by traditional Hindu and Buddhist ceremonies the next.

Nepal offers it all. Within its narrow geographic boundaries the nation rises from the an elevation of 194 feet in the tropical forests of the Terai to over 29000 feet at the peak of Everest. You can luxuriate in the warmth of the southern plains one day, doing elephant back safaris in search of white rhino and, if you’re lucky, tiger, and be invigorated by the brisk breezes of Upper Mustang on the Tibetan Plateau the next.

The physical beauty of the nation is incredible and it is a feast for our senses….beautiful fields of blooming mustard standing against an incredible blue sky in the south, with the snowcapped peaks almost appearing almost mirage-like in the distance. The river valleys and forests that embody tranquility and peace, or the higher altitudes…above the tree line…with a rugged grandeur and mountain heights that inspire, intimidate and – as you venture deeper into their remoteness – convince you that you will never be the same.

But just as that physical beauty is a joy for our senses, the tremendous cultural diversity of Nepal engages our intellect and will not let go. Nepal can be sliced and diced 100 different ways. Different ethnic groups, tribal groups, linguistic groups. People of different regions. People of different faiths. People of different traditions. Each group has its own story to tell, it own role in society, its own rich and diverse cultural identity that is central to their being and to their lives. Visit Nepal and you will see this play out in an amazing tapestry of exotic, colorful and fascinating festivals and interactions that will leave you eager to learn more.

I promised to stick to ten minutes, so let me just quickly offer a few of my most vivid memories. I recall flying into the mountain airfield in Lukla to trek into the Everest region. As we left the airport we realized…there were no cars..no trucks…no busses. Beyond Lukla you relied on your heart, your lungs, your legs …and your backs…to transport yourself and your belongings into a world of rhododendron forests, rushing rivers crossed by swaying suspension bridges, and mountain trails leading into the heart of the Himalayas. An experience to never be forgotten as the peaks of Everest or Ama Dablam suddenly emerge from the clouds.

Not a trekker? You can spend weeks exploring the tremendous cultural treasures of the Kathmandu Valley’s three ancient kingdoms of Kathmandu, Bkhaktapur and Patan. Visit Boudhanath Stupa, one of the most revered Buddhist shrines outside of Tibet and a place of incredibly vibrant life and spiritual peace simultaneously.

Or visit the grounds of Pashupatinath Temple devoted to Lord Shiva in incarnation as Pashupati the Lord of the Animals. It is said if you make a pilgrimage it will guarantee you will not be reincarnated as an animal. Although non-Hindus may not enter the temple itself, spending time on the grounds is an incredibly experience as you encounter holy men, wild monkeys, cremations and an ebb and flow of humanity that will overwhelm your senses. And, even if you’re not a Hindu, it doesn’t hurt to hedge your bets about what the next life may be like!

You may even fall in love, as I did, with a blue-eyed puppy along the trekking path en route to the ancient walled city of Lo Manthang on the Tibetan border. 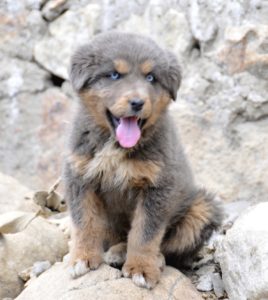 That puppy — my Bhoti Kukkar, or mountain dog as they call the Tibetan Mastiffs there, is now my daily reminder of Nepal  —  of why I fell in love with a country that every day found a way to surprise me, to educate me, and to touch my heart.

Today, I remain part of the life of Nepal as the Executive Director of the Soarway Foundation. Please, stop by our table today and visit. I’ll show you pictures of Lo Khyi, my marvelous pup, and tell you more of his story. I’ll tell you of the work that we do to save lives in Nepal and make the future safer for its people. And I’ll tell you more tales of the life of a diplomat on the road in Nepal!

At Soarway, our mantra is “Engage Nepal.” Ladies and Gentlemen, THAT is what I hope you will do. Please, make Nepal your next destination for the experience of a lifetime. Let you hearts be touched. Maybe even let them be captured. I can tell you it’s worth it.

Thank you all very much and, once again, Engage Nepal!
Namaste”

Click donate, choose monthly and add your amount if you want to be part of the Soarway 1000 and join us in making a difference! Donate today.