From the day he was born in a remote Nepali village, Sagar’s life was a struggle.

His desperately poor parents, marginalized because of their low caste, could barely manage to scrape together two skimpy meals for the family each day.

Undernourished herself, his mother wasn’t able to breastfeed him, so baby Sagar was fed the same thin soups and rice as his parents and older brother. 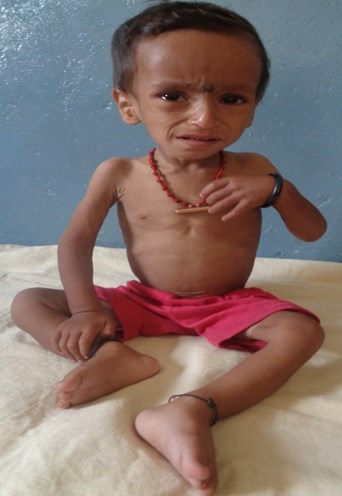 At 15 months old, little Sagar was only 27 inches tall and weighed a scant 13 pounds… more like an average 7 or 8 month old baby in the US.  Anyone could see that Sagar was a very ill child from his visible ribs, sunken eyes, protruding knees and elbows.  He was miserably unhappy and inconsolable.

When he became ill from severe diarrhea, his parents took Sagar to the hospital in Dadeldhura.  After two days of treatment, he was discharged.  Until 2017, he would have returned to the village malnourished and  likely have continued to fall sick, or died. imitation

Instead, Sagar was admitted into one of the Nutrition Rehabilitation Homes run by the Nepal Youth Foundations  (NYF), one of the great partners we are so honored to work with. Through the efforts of the NYF team Sagar’s life was saved.

The professional nutrition staff immediately began working to create an individualized plan for Sagar’s treatment.  They assessed his  condition as being Severe Acute Malnutrition on the World Health Organization scale.

Finally, he was able to eat regular, highly-nutritious family food. Because of his condition, he was fed eight small meals each day – breakfast, lunch and dinner  accompanied by snacks, fruits and milk.

Sagar’s severe malnutrition required six weeks of treatment – double the typical recovery period.  After 43 days, he was up to a normal weight of 18 ½ pounds, and had even grown a half inch!

At discharge, Sagar was a happy, healthy little boy – going home with a mother who now had the empowering knowledge to provide her family healthy food at minimal cost. 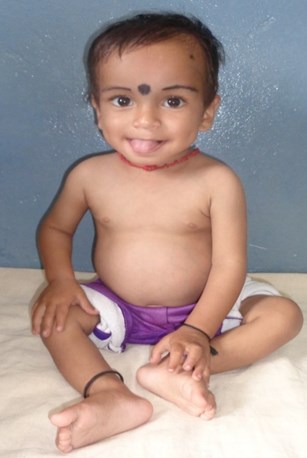 Saving a child.  Educating a family. Changing lives and creating a future.  THAT is why we care.  That is why we engage and try. We can support a acutely malnourished child and save their life with your help.

How can we NOT act?  Please. Donate today.